+This is her story….

+I believe she is a late 50’s store display made in Japan. She was an Ebay bargain, but in very rough shape when I found her. I could tell she had potential, but it was going to be a project.

+I generally don’t believe in “restoring” vintage or antique pieces, but Pinky had very little going for her at this point. The legs were cracked and the arm was completely broken off. Her antlers were damaged and partially missing. The paint and glitter finish was dirty and flaking off the composition body. Her accessories (the bottle brush wreaths and tiny glass beads) were faded, worn, and coming off. 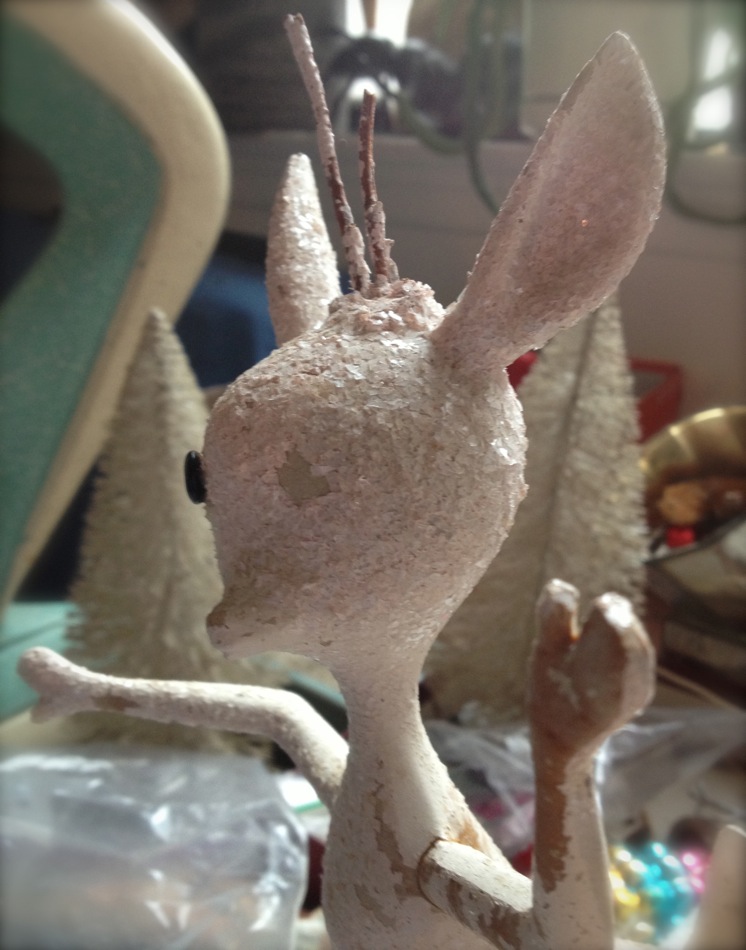 +As I began taking off the all the loose pieces,damaged parts and flaking finish, I realized the broken arm was meant to be “up”, the eyes (one of which was loose) had been glued above the indentations where they were meant to be, the antlers were real branches (albeit poorly glued in with lumpy paper mache on the head), and the wreaths and beads were probably red and pink at one time.

+I glued and filled the structure, found suitable branches for the antlers and mixed a paint that matched the original perfectly. I also found the same vintage, Japanese bottle brush wreaths and small bead trim in better condition. It helps that I have a fairly extensive (translation: obsessively-hoarded) collection of old craft supplies.

+The greatest challenge was actually matching the beautiful snowy effect of the original coarse, flake, glass glitter. I found a modern flake glitter (from Japan as well,) but after testing it I realized it was a good size for the reflection I desired but was too “thin” and lacked the texture I needed. I finally settled on a blend of mostly the flake glitter with some very coarse German glass glitter mixed in. It gave the right “grit” to the finish and seemed to “lift” the flatter flakes off the surface. It sparkled in the same, magical way I could see the original once did.

+(Have you noticed I take my glittering very seriously?)

+Finally, I thought the single loose wreath may have been in her upper hand originally, but I decided vintage, pink, mercury glass garland and an old teardrop shaped ornament (both 50’s period Japan production as well) captured the spirit of the pose much better.
This is how she looks today. (Well, actually how she looked at Christmas last year. She is currently resting up for this year’s debut.) 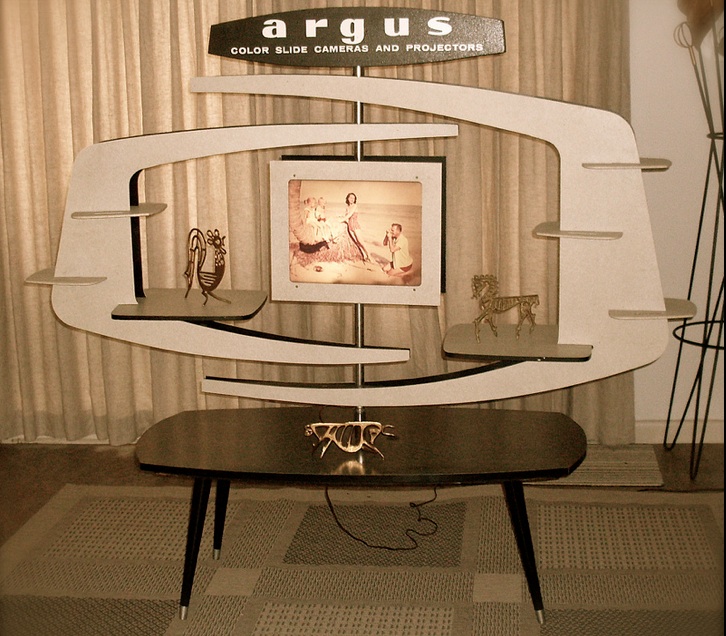 Vintage For Sale on Etsy 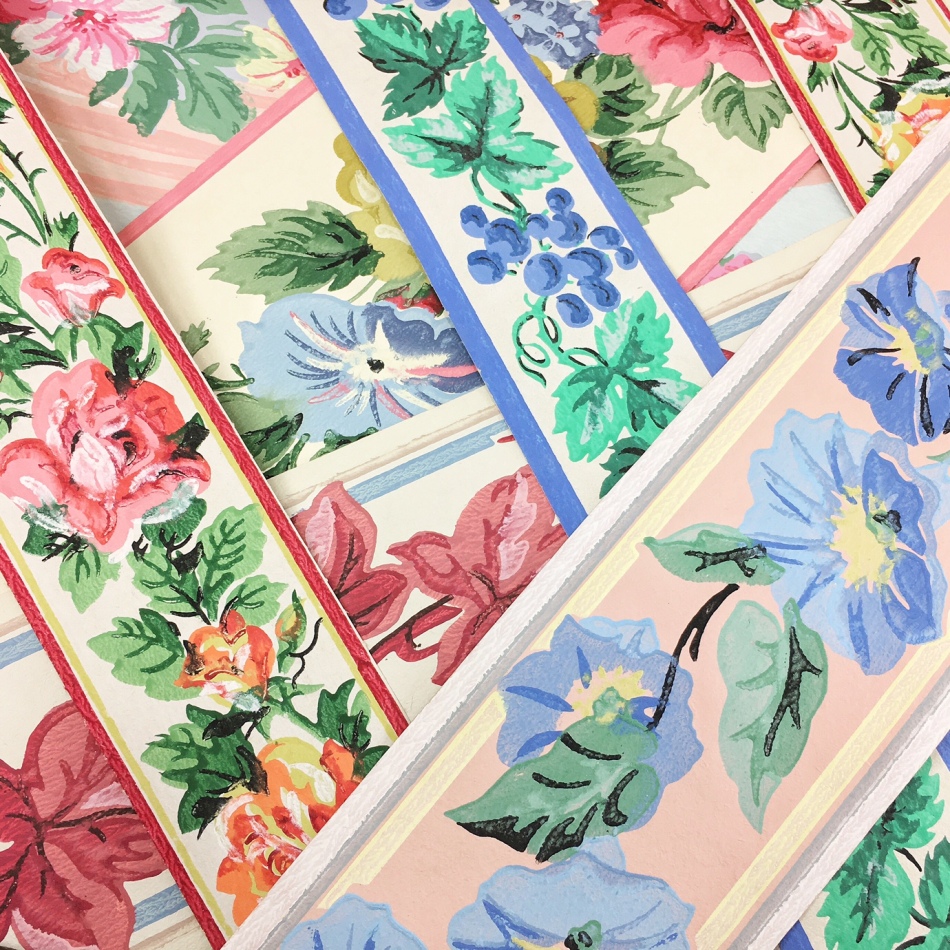 Holiday Creations For Sale on Etsy